A digital twin is a highly virtual model that is an exact representation, or "twin", of a physical object or business process. Digital twins can be the virtual mirror of entire buildings, factories, distribution centers, cities, or even the whole planet.

Designing and conducting simulations within a digital twin delivers optimized business processes and improved results to companies that deploy them. The Accenture Technology Trends 2022 report forecasts the worldwide market for digital twin platforms to grow from $3.2 billion in 2020 to $184.5 billion by 2030. This shows the competitive disadvantage to companies not taking this crucial next step in their Intelligent Transformation.

Before you can deploy any new device or autonomous agent in a real-world environment, organizations need to understand how they will behave in the physical world. This can be achieved through first simulating the change in a digital twin. Digital twins must be physically accurate representations of their real-world counterparts. True-to-life simulations require precision timing, ensuring synchronization across the physical and digital worlds with interactions occurring within the same real-time space for all actors in the simulation. 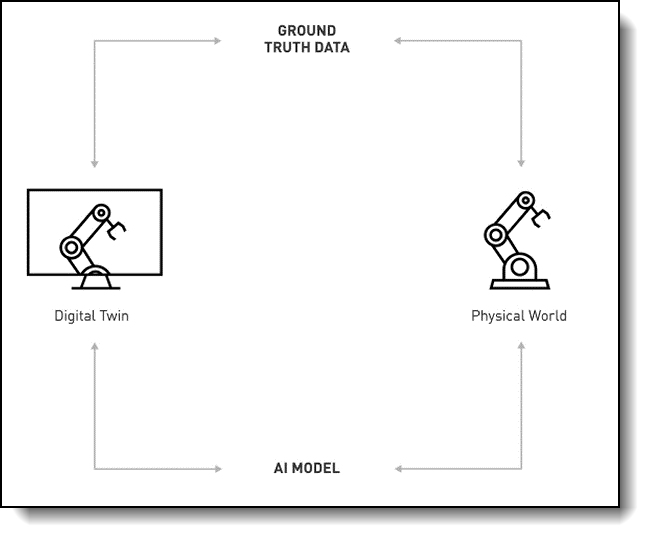 Figure 1. The relation of the digital twin to the physical world

The “Power of 2” removing OVX complexity for Lenovo customers

Through the “Power of 2” collaboration Lenovo partners with NVIDIA to bring our joint customers innovative solutions and infrastructures to support their Intelligent Transformations with smarter technology for all. This means equipping businesses across industries with the instruments to make data-driven decisions and gain faster insight from the edge to the core, achieving a competitive advantage.

Lenovo EveryScale OVX is a result of that deep partnership providing an architecture that is optimized to deliver extreme performance, scalability, and low latency to meet the demands of digital twins within the NVIDIA Omniverse. Lenovo’s integrated solution approach removes the complexity in design, procurement, and testing of various infrastructure components providing predictable performance and solution-level interoperability support.

Lenovo Scalable Infrastructure is the solution-framework Lenovo EveryScale OVX is built upon. Through solution-level interoperability testing Lenovo can warrant a fully end-to-end supported environment based on proven best practices while still tailoring it exactly to the customer’s needs. That means that the infrastructure is not just supported on a component break and fix or “box”-level, but with a holistic perspective including software, firmware and even firmware-settings.

In addition to the interoperability solution support, Lenovo Scalable Infrastructure is being deployed fully pre-integrated, pre-cabled, pre-loaded with the latest firmware “best recipe” to ensure a fast and reliable delivery and installation resulting in best-in-class time to solution.

Lenovo Services and NVIDIA Services provide the necessary experience to bring your Digital Twin environment to life partnering with your business lines and potential business consulting partners to fully incorporate the NVIDIA Omniverse into your business-verse.

The application of a digital twin is only limited by the reality it represents. The following two use cases give an idea of the power and value that a OVX digital twin can drive. Other real-life examples can be found on the NVIDIA Digital Twins page.

Whether it is a turnaround in a refinery or a maintenance event in a power production plant (hydroelectric, nuclear, etc.) any interruption of production is extremely expensive. Leveraging a digital twin for planned and unplanned downtimes can massively reduce downtime duration resulting in $ millions savings for the operator. An Omniverse digital twin could operate as a safe cowork space for engineers, contractors, and operators alike allowing lifts to be planned, measurements to be taken, and equipment to be designed.

Operating a manufacturing environment does not end at the walls of the factory floor but requires a seamless engine from supply coming in over product being built to shipping out. A digital twin can realize the whole process from digital humans and trucks as well as autonomous robots that obey the laws of physics, it can create a perfect replication of reality. Through that digital twin the warehouse design and flow can be optimized, the intelligent robots can be trained, and overall productivity can be improved

To run the Lenovo EveryScale OVX solution as a fully virtualized environment Lenovo and NVIDIA partner with VMware leveraging vSphere.

As a result, despite the scale and complexity of an NVIDIA Omniverse digital twin solution, customers can focus their efforts on maximizing their business value, instead of consuming valuable resources to design, optimize, install, and support the infrastructure. Again, this is all thanks to Lenovo Scalable Infrastructure and the engineering partnership between Lenovo and NVIDIA.

The Lenovo EveryScale OVX solution is designed for multi-node scalability with NVIDIA Spectrum Ethernet switch fabric. All POD and SuperPOD configurations are integrated with an optimized combination of network fabric, storage, and enterprise-grade software which combine to deliver unprecedented performance for the most demanding workloads. The OVX POD based architecture enables the deployment of one or more Scalable Units, providing the compute, low-latency networking, bandwidth, and performance required for massively complex simulations and real-time digital twins at the factory, city, or planetary-scale.

The building block of the OVX computing node, the Lenovo ThinkSystem SR670 V2 server provides best-in-class cooling for the accelerators positioned in the front and allows both for front and rear IO connectivity for maximum graphic performance and IO throughput.

The new OVX 2.0 node configuration substitutes the eight NVIDIA A40s for the new NVIDIA L40s and upgrades the networking card from a ConnectX-6 Dx to a ConnectX-7 card. 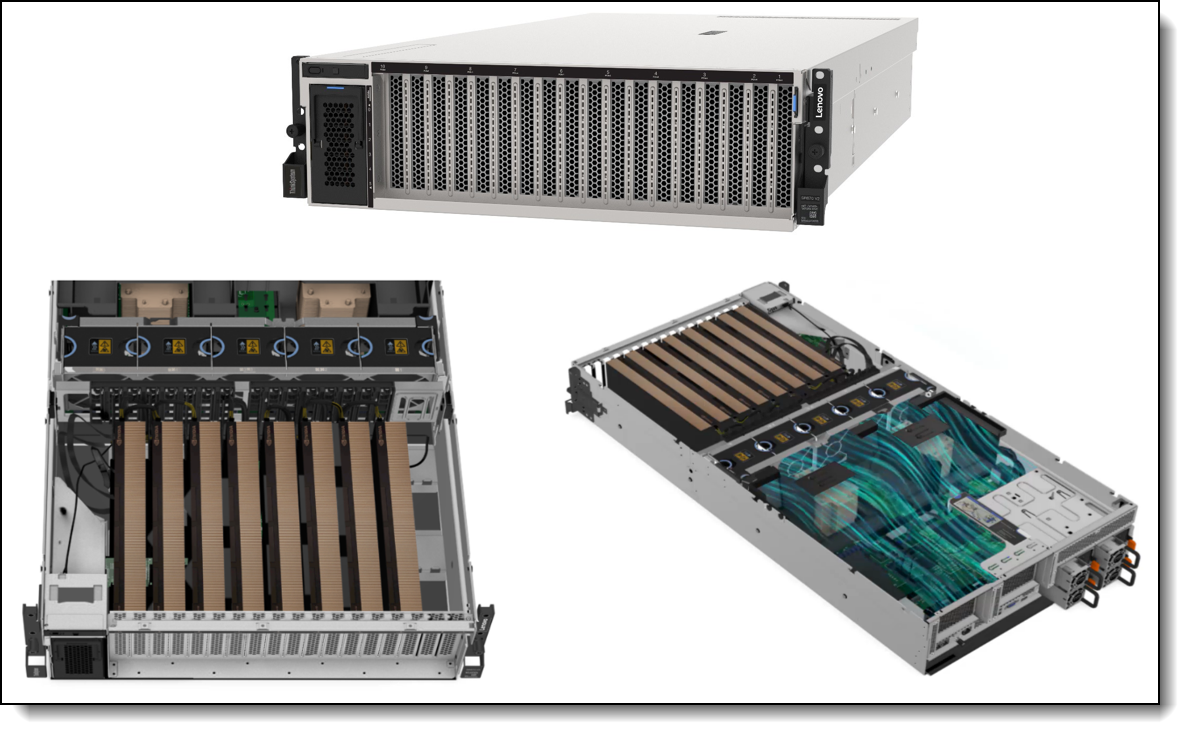 Below you find the detailed configuration of the Lenovo OVX node. The table lists the components for an OVX 1.0 node and an OVX 2.0 node.

The following figure shows the architectural block diagram of the OVX 1.0 node. 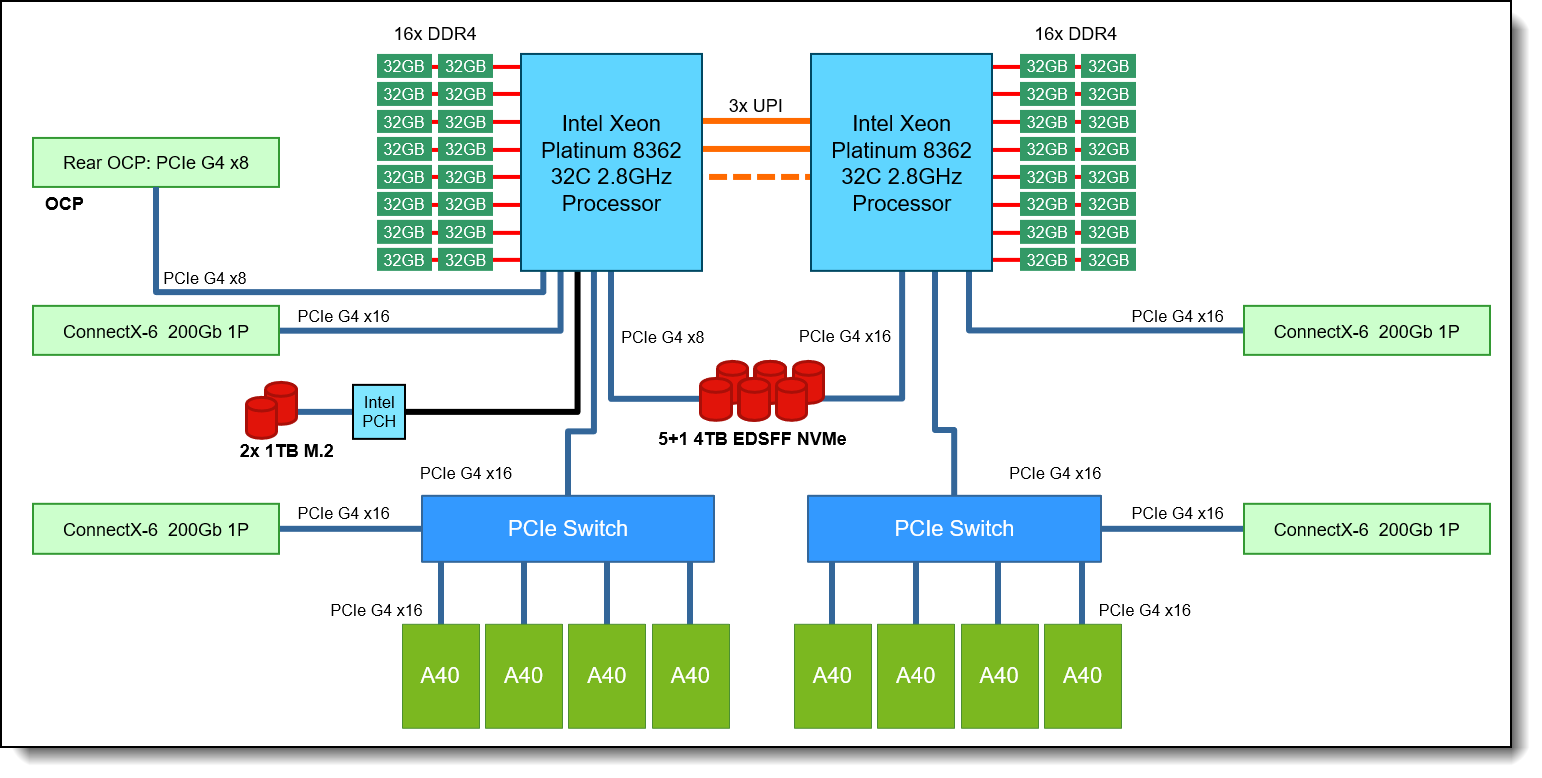 Nucleus is the collaborative user environment of NVIDIA Omniverse providing persistent data and scalable core microservices. Depending on the number of users in the Omniverse Environment the Nucleus Server configuration must fit those needs.

The Lenovo ThinkSystem SR630 V2 has been designed to combine highest performance and flexibility. It allows to support up to 500 users without live editing and be scaled out as requirements grow.

Below you can find the detailed example configuration of the Lenovo Nucleus node:

Depending on concurrent users and targeted capabilities like live editing the optimal configuration choice can vary. A customer POC is recommended to optimize further for each unique deployment.

Digital twin simulations involve multiple autonomous systems interacting in the same space-time. To unlock the benefits of a digital twin and enable advanced visualization and simulation at scale, the architecture must be able to accurately simulate interactions with precise time synchronization across digital and physical worlds.

The NVIDIA Spectrum-2 SN3700 Ethernet switch offers 32 ports of 200GbE in a compact 1U form factor. It enables connectivity to endpoints at different speeds and carries a throughput of 12.8Tb/s, with an 8.33Bpps processing capacity and only 425ns latency. It is best used in small to medium sized OVX POD configurations.

The NVIDIA Spectrum-3 SN4600 Ethernet switch offers 64 ports of 200GbE in a 2U form factor doubling the networking capacity over the SN3700. This switch is best used as central spine layer for the overall OVX solution or in large sized OVX SuperPOD configurations.

NVIDIA Omniverse solutions are operating mostly with local storage on the OVX nodes. They do require a high performance and high reliable network file system though to read the initial data from and optionally execute for example continuous snapshots or backups to.

Lenovo is a strategic alliance partner of IBM, and combines IBM Spectrum Scale software with Lenovo servers, storage and networking components for integrated and customized solutions.

IBM Spectrum Scale offers access to a single file system or set of filesystems in a global namespace with shared file system access among IBM Spectrum Scale clusters, simultaneous file access from multiple nodes, high recoverability and data availability through replication, the ability to make changes while a file system is mounted, and simplified administration even in large environments.

The following steps are the OVX customer journey:

Step One – Proof Of Concept

Engage with Lenovo and NVIDIA on early-stage opportunities to qualify use cases and develop sizing recommendations:

Contact your Lenovo or NVIDIA sales representative to get started.

Enabling teams scattered across geographic locations to collaborate on 3D assets with various machines is a task that enterprise IT needs a solution for. Remote workforces demand efficiency, and this is a difficult balancing act for power-hungry workloads and a dispersed team. The demand for photorealistic, physically-accurate simulation begs higher compute power, accessible from anywhere.

These workstations and displays are the perfect addition to an OVX deployment and can run the smaller than OVX workloads (known as OVE workloads) on their own.

The ThinkPad P1 is the industry’s most powerful thin & light 16” mobile workstation. Configurable with up to 14x CPU Cores, 64GB of memory and NVIDIA’s most powerful mobile GPU the RTX A5000, with it’s impressive 16GB of GPU frame buffer; important for those larger and more complex workflows whilst on the go.

Paired with a brand new 16:10 stunning WQUXGA touch display, this all inspiring mobile workstation is perfect for demanding Omniverse Create workflows and can be configured to suit any project and or budget requirement.

The ThinkStation P620 is the industry’s most powerful single processor workstation, capable of delivering up to 64cores and 1TB of memory in a mid-sized desktop chassis. This low acoustic workstation is perfect for even the largest, and most complex of Omniverse workflows and can be configured with up to 2x NVIDIA RTX A6000 GPUs, making it perfect as either a powerful Create platform, or even a workgroup style Nucleus server

Lenovo is a leading provider of data center infrastructure solutions and a premier NVIDIA OVX partner. The Lenovo EveryScale OVX solution is co-designed with NVIDIA. Lenovo will work with you and NVIDIA to identify, design, install and support the solution that best ensures your organization's needs.

Lenovo complements a portfolio of leading x86 infrastructure with a full range of storage, workstations, software, and comprehensive services that provides excellent performance, reliability, and security for your IT environment from the edge to the cloud.

One Stop Shop for OVX deployments

Lenovo is the one stop shop for your Omniverse and OVX deployments providing:

Lenovo EveryScale OVX solutions are based on Lenovo and NVIDIA-Certified Systems™, tested and validated to provide the necessary performance, manageability, security, and scalability. Comprehensive enterprise-grade support for Lenovo EveryScale OVX solutions will be provided by Lenovo and Omniverse software support will be provided directly by NVIDIA.

To learn more about the Lenovo EveryScale OVX Solution for NVIDIA Omniverse, contact your Lenovo Sales Representative or Business Partner.

Products related to this document are the following:

The following terms are trademarks of Lenovo in the United States, other countries, or both:
Lenovo®
Lenovo Services
ThinkPad®
ThinkStation®
ThinkSystem®
ThinkVision®
TruDDR4
XClarity®

Intel®, Intel Core™, Xeon®, Thunderbolt™, and vPro™ are trademarks of Intel Corporation or its subsidiaries.