The Intel P3700 NVMe Enterprise Performance PCIe SSDs are a new family of high-performance solid-state drives. This product guide introduces the adapters and describes their features and specifications, and provides compatibility information. This guide is intended for technical specialists, sales specialists, sales engineers, IT architects, and other IT professionals who want to learn more about the P3700 SSDs and consider their use in IT solutions.

Withdrawn: All drives listed in this product guide are withdrawn from marketing.

The P3700 SSD is shown in the following figure. 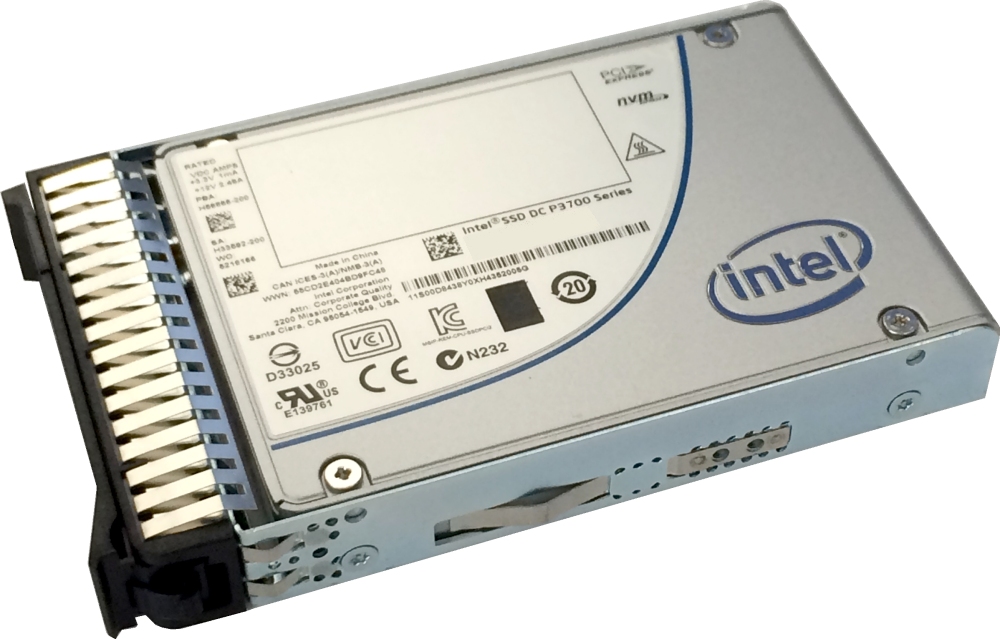 The following table lists the ordering part numbers and feature codes for the SSDs.

Withdrawn: All drives listed in this product guide are withdrawn from marketing.

The part numbers for the adapters include the following items:

The Intel P3700 NVMe drives have the following key characteristics:

The following terms are trademarks of Lenovo in the United States, other countries, or both:
Lenovo®
Flex System
ServerProven®
System x®