IBM TS2900 Tape Autoloader for Lenovo is an entry-level compact 1U tape unit that offers IBM tape reliability, density, and performance for entry-level and compact tape libraries at a cost effective price.

This product guide provides essential pre-sales information on the TS2900 Tape Autoloader that is available from Lenovo, its key features and specifications, components and options, and configuration guidelines.

IBM TS2900 Tape Autoloader for Lenovo (Machine Type 6171) is an entry-level compact 1U tape unit that offers IBM tape reliability, density, and performance for entry-level and compact tape libraries at a cost-effective price.

With a capacity of nine cartridges, the TS2900 Tape Autoloader is a rack-mountable or deskside unit that contains a single IBM LTO Ultrium half-high SAS tape drive. The choice of the tape drives includes:

The TS2900 is an ideal solution if you need an entry-level larger capacity or higher performance tape backup with or without random access and for tape automation used along with Lenovo servers.

The TS2900 Tape Autoloader uses high-density slot technology that allows you to maximize available backup storage capacity by offering the nine-cartridge magazine in only 1U of rack space.

With IBM LTO Tape offerings that are available from Lenovo, Lenovo can be your trusted partner that offers "one stop shop" and single point of contact for delivery of leading edge technologies and innovations from Lenovo and other leading IT vendors. These offerings can satisfy the wide range of your end-to-end IT infrastructure needs, including handheld devices, notebooks, personal computers, servers, storage, networking, services, management software, and financing.

The TS2900 delivers the following features:

The features in the IBM LTO 9 tape drive:

The following figure shows the front of the TS2900 Tape Autoloader.

The following figure shows the rear of the TS2900 Tape Autoloader. 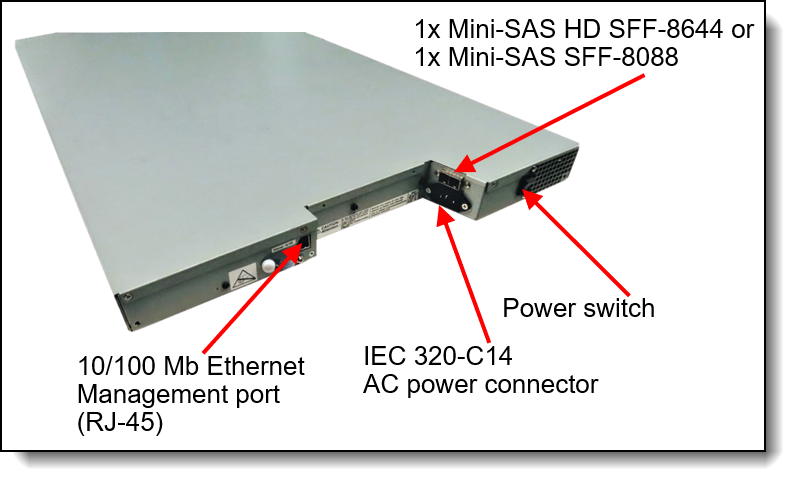 The following table lists the ordering information for the TS2900 Tape Autoloader models.

The part numbers for the TS2900 Tape Autoloader models include the following items:

The following table lists the rack mount and stand-alone (deskside) kits for the TS2900 unit (one of the kits must be ordered with the autoloader).

A SAS cable is required to attach an LTO Ultrium SAS Tape Drive to a SAS host adapter.

The following table lists the supported cable options for the TS2900 Tape Autoloader with an LTO9 tape drive installed.

The following table lists the supported cable options for the TS2900 Tape Autoloader with an LTO8 or earlier tape drive installed.

The following table lists tape media options and extra magazines that can be ordered for the TS2900.

IBM Ultrium 9, 8, and 7 SAS tape drives are encryption-capable and support the following modes of encryption management:

The part numbers and feature codes to order the power cables (one power cable per TS2900) are listed in the following table.

The TS2900 Tape Autoloader has the following dimensions and weight (approximate):

The TS2900 Tape Autoloader is supported in the following environment:

The TS2900 Tape Autoloader conforms to the following regulations:

Note: End-to-end storage configuration support (including adapters and operating systems) must be verified through the System Storage Interoperation Center (SSIC) for the TS2900.

For the list of supported operating systems, refer to the IBM System Storage Interoperation Center (SSIC)

The following terms are trademarks of Lenovo in the United States, other countries, or both:
Lenovo®
Lenovo Services
ThinkSystem®