This product guide provides essential presales information to understand the S3510 SSD offerings, their key features and specifications, components and options, and configuration guidelines. This guide is intended for technical specialists, sales specialists, sales engineers, IT architects, and other IT professionals who want to learn more about S3510 SSDs and consider their use in IT solutions.

Withdrawn: All the drives listed in ths product guide are now withdrawn from marketing.

The S3510 is shown in the following figure. 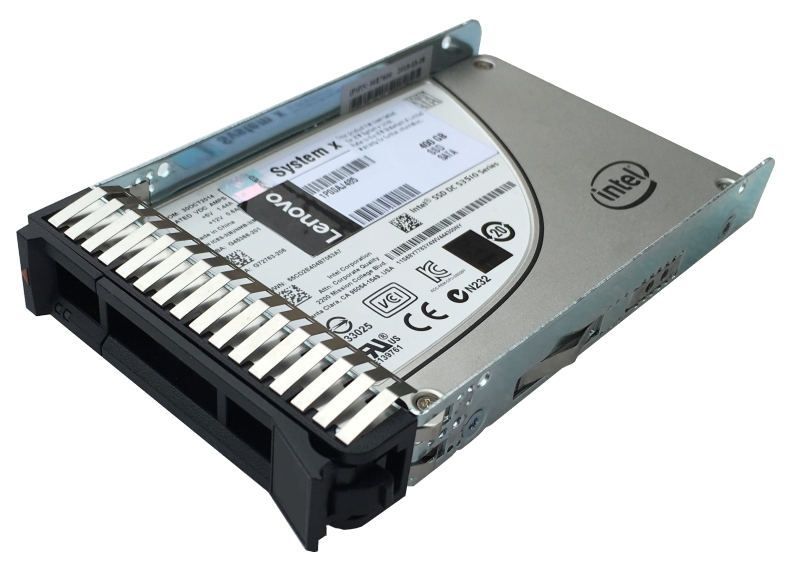 Rigorous testing of S3510 Enterprise Entry SATA SSDs by Lenovo through the ServerProven® program assures a high degree of storage subsystem compatibility and reliability. Providing additional peace of mind, these drives are covered under Lenovo warranty.

Withdrawn: All the drives listed in ths product guide are now withdrawn from marketing.

The part numbers include the following items:

SSDs have a huge but finite number of program/erase (P/E) cycles, which affect how long they can perform write operations and thus their life expectancy. Enterprise Entry SSDs typically have a better cost per read IOPS ratio but lower endurance and performance compared to Enterprise Performance SSDs. SSD write endurance is typically measured by the number of program/erase cycles that the drive can incur over its lifetime, which is listed as total bytes written (TBW) in the device specification.

The TBW value that is assigned to a solid-state device is the total bytes of written data that a drive can be guaranteed to complete. Reaching this limit does not cause the drive to immediately fail; the TBW simply denotes the maximum number of writes that can be guaranteed. A solid-state device does not fail upon reaching the specified TBW. However, at some point after surpassing the TBW value (and based on manufacturing variance margins), the drive reaches the end-of-life point, at which time the drive goes into read-only mode. Because of such behavior, careful planning must be done to use SSDs in the application environments to ensure that the TBW of the drive is not exceeded before the required life expectancy.

The following tables list the ThinkServer systems that are compatible.

Support for sd350: The drives supported with the sd350 are listed in Table 3.

The S3510 Enterprise Entry SATA SSDs require a supported disk controller. The following table lists the controllers and the servers that support those controllers.

Select the check mark box that is associated with the Controller and server combination in question to see the details about operating system support.

The Intel S3510 Enterprise Entry SATA SSDs carry a one-year, customer-replaceable unit (CRU) limited warranty. When the SSDs are installed in a supported server, these drives assume the system’s base warranty and any warranty upgrades.

The drives have the following physical specifications (approximate, without the tray):

Shipping dimensions and weight - 2.5-inch drives (approximate, including the tray):

Shipping dimensions and weight - 3.5-inch drives (approximate, including the tray):

The SSDs are supported in the following environment:

The following terms are trademarks of Lenovo in the United States, other countries, or both:
Lenovo®
Flex System
ServeRAID
ServerProven®
System x®
ThinkServer®