This document summarizes the SPECpower_ssj 2008 benchmark result for the ThinkSystem SN850 blade server that was published on 27 September, 2018. The document lists the result, summarizes the major components of the configuration under test, and provides the link to the relevant benchmark organization’s web site for details about the result.

Each SN850 server node was configured as follows:

Results referenced are current as of November 16, 2018. To view all SPECpower_ssj 2008 results, see the following page:
https://www.spec.org/power_ssj2008/results/power_ssj2008.html

About the ThinkSystem SN850

The Lenovo ThinkSystem SN850 is a high-performance server that offers enhanced security, efficiency, and reliability features to handle business-critical workloads. The blade server incorporates up to four Intel Xeon Processor Scalable Family of processors. The processors feature up to 28 cores each and use Lenovo TruDDR4 memory, which runs at speeds up to 2666 MHz. 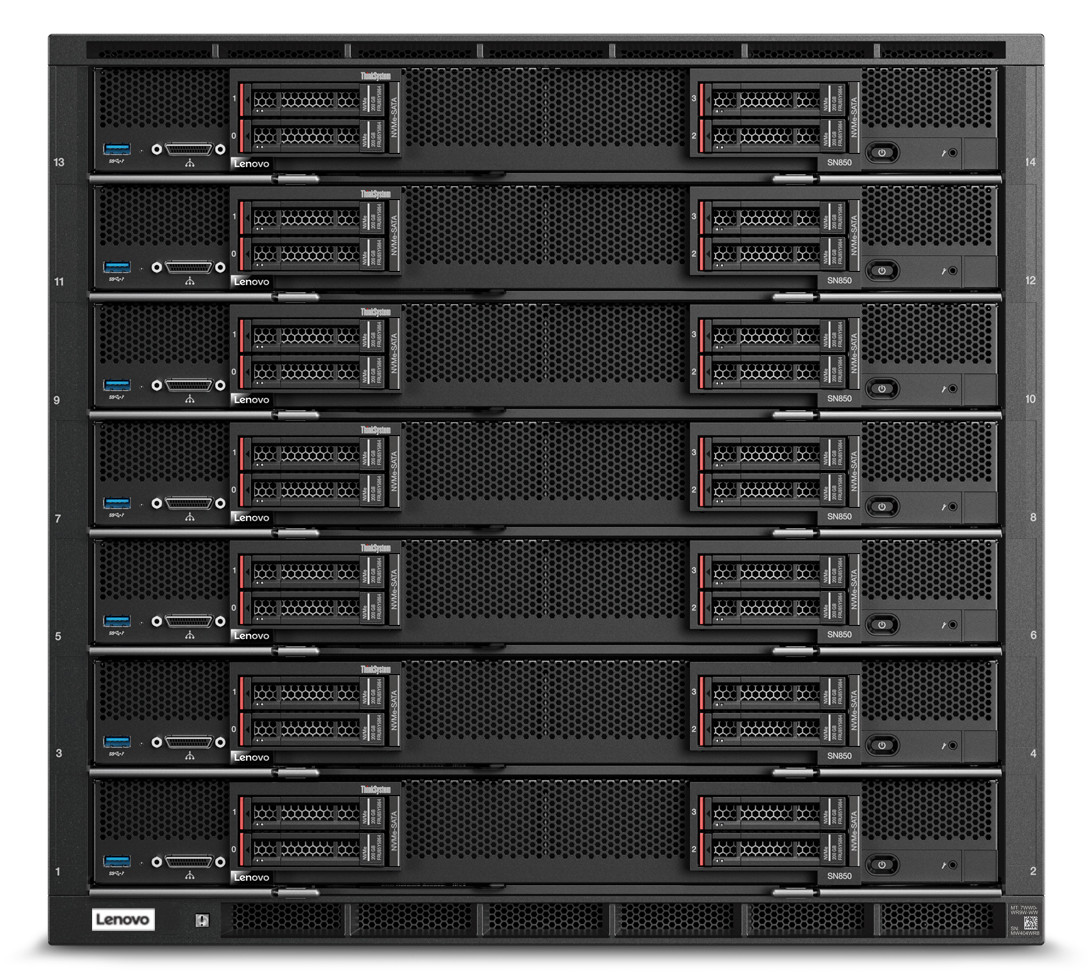 The SN850 offers the following features to boost performance, improve scalability, save energy.

To find out more about SPEC, visit https://www.spec.org

The following terms are trademarks of Lenovo in the United States, other countries, or both:
Lenovo®
Flex System
ThinkSystem
TruDDR4

SPEC®, SPECpower®, and SPECpower_ssj® are trademarks of the Standard Performance Evaluation Corporation (SPEC).