This product guide provides essential presales information to understand the adapter and its key features, specifications, and compatibility. This guide is intended for technical specialists, sales specialists, sales engineers, IT architects, and other IT professionals who want to learn more about the ConnectX-6 HDR VPI adapters and consider their use IT solutions. 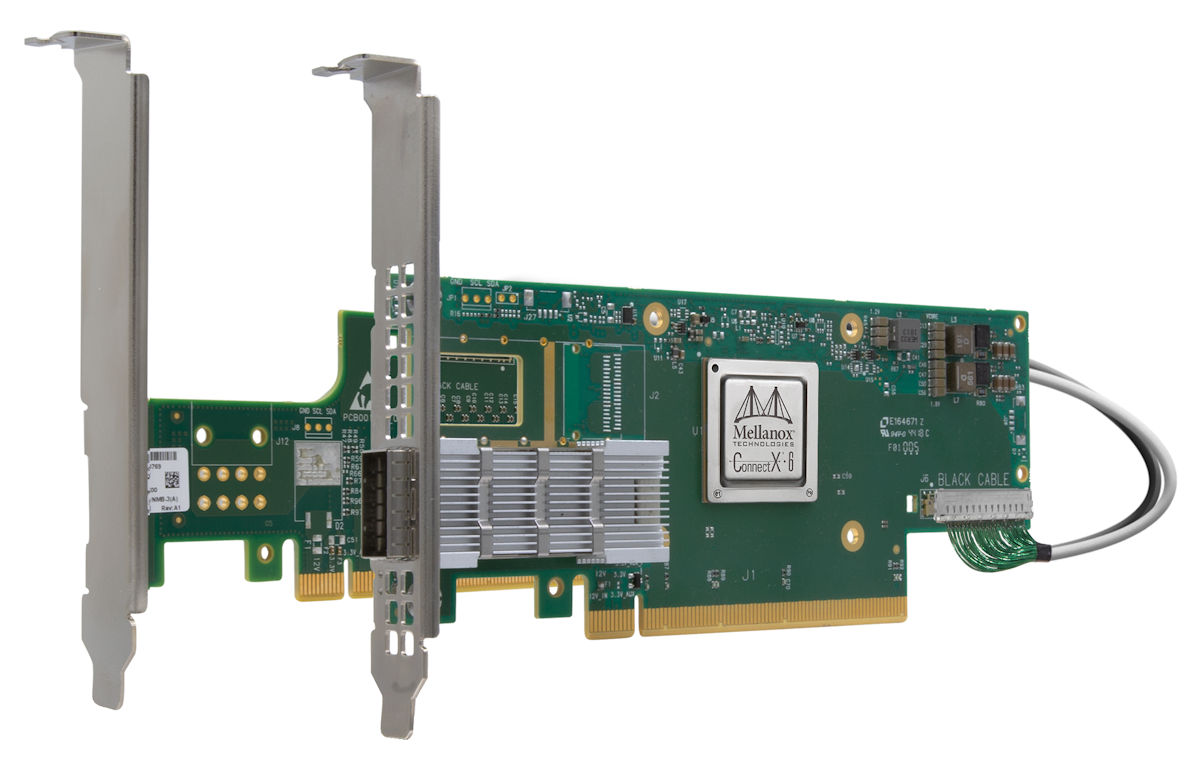 The following table shows the part numbers for the adapters.

CTO orders: For configure-to-order builds, these adapters are only available when you select one of the HPC & AI modes in the DCSC configurator. Not available in General Purpose mode of DCSC.

The adapter has an empty QSFP56 cage for connectivity. The following table lists the supported transceivers.

Data analytics has become an essential function within many enterprise data centers, clouds and hyperscale platforms. Machine learning relies on especially high throughput and low latency to train deep neural networks and to improve recognition and classification accuracy. ConnectX-6 offers an excellent solution to provide machine learning applications with the levels of performance and scalability that they require.

ConnectX-6 block-level encryption offers a critical innovation to network security. As data in transit is stored or retrieved, it undergoes encryption and decryption. The ConnectX-6 hardware offloads the IEEE AES-XTS encryption/decryption from the CPU, saving latency and CPU utilization. It also guarantees protection for users sharing the same resources through the use of dedicated encryption keys.

By performing block-storage encryption in the adapter, ConnectX-6 excludes the need for self-encrypted disks. This allows customers the freedom to choose their preferred storage device, including those that traditionally do not provide encryption. ConnectX-6 can support Federal Information Processing Standards (FIPS) compliance.

ConnectX-6 also includes a hardware Root-of-Trust (RoT), which uses HMAC relying on a device-unique key. This provides both a secure boot as well as cloning-protection. Delivering best-in-class device and firmware protection, ConnectX-6 also provides secured debugging capabilities, without the need for physical access.

Telco, Cloud and Web 2.0 customers developing their platforms on software-defined network (SDN) environments are leveraging the Virtual Switching capabilities of server operating systems to enable maximum flexibility in the management and routing protocols of their networks.

Open V-Switch (OVS) is an example of a virtual switch that allows virtual machines to communicate among themselves and with the outside world. Software-based virtual switches, traditionally residing in the hypervisor, are CPU intensive, affecting system performance and preventing full utilization of available CPU for compute functions.

To address such performance issues, ConnectX-6 offers Mellanox Accelerated Switching and Packet Processing (ASAP2) Direct technology. ASAP2 offloads the vSwitch/vRouter by handling the data plane in the NIC hardware while maintaining the control plane unmodified. As a result, significantly higher vSwitch/vRouter performance is achieved minus the associated CPU load.

Mellanox’s Socket Direct technology improves the performance of dual-socket servers in numerous ways, such as by enabling each of their CPUs to access the network through a dedicated PCIe interface. As the connection from each CPU to the network bypasses the QPI (UPI) and the second CPU, Socket Direct reduces latency and CPU utilization. Moreover, each CPU handles only its own traffic (and not that of the second CPU), thus optimizing CPU utilization even further.

Socket Direct technology is enabled by a main card housing the ConnectX-6 and an auxiliary PCIe card bringing in the remaining PCIe lanes. The ConnectX-6 Socket Direct card is installed into two PCIe x16 slots and connected using the supplied 350mm cable.

The two PCIe x16 slots may also be connected to the same CPU. In this case, the main advantage of the technology lies in delivering 200Gb/s to servers with PCIe Gen3-only support.

The result is that the two servers or processors share the network connection of the VPI adapter with significant savings both in the cost of the adapters but also the cost of switch ports. 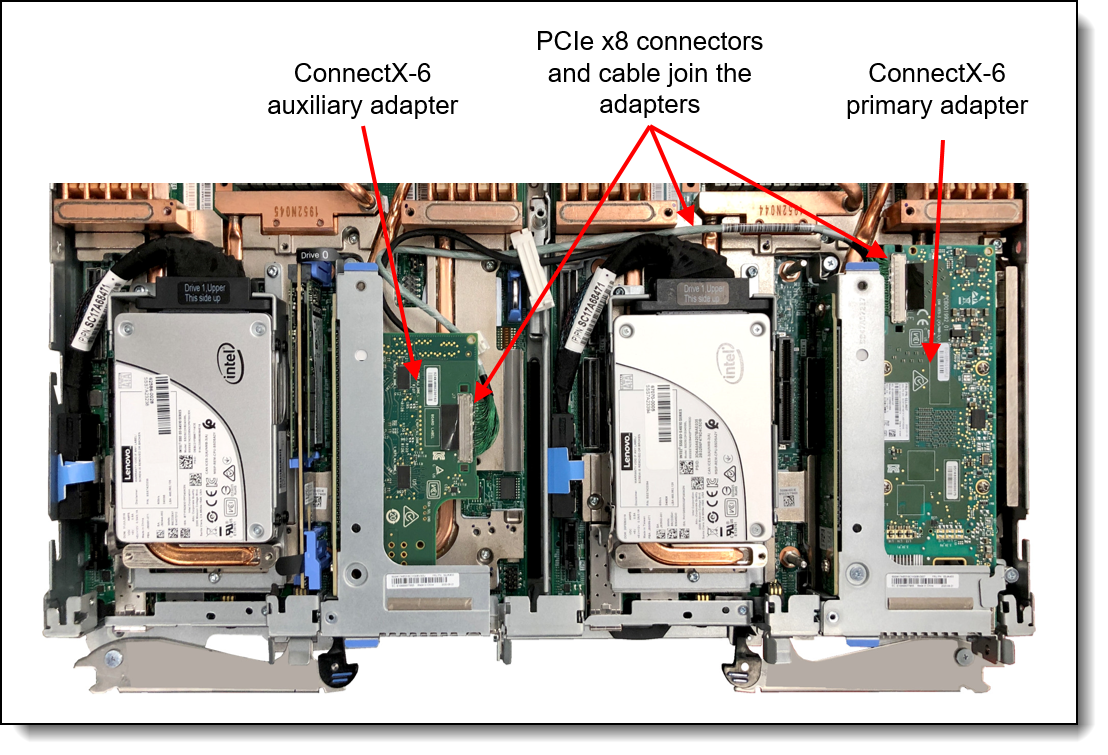 Figure 2. SharedIO adapters installed in the two SD650 V2 servers on a tray

The adapters have the following technical specifications.

The two offerings available from Lenovo are as follows:

The following table lists the subscription licenses available from Lenovo.

The adapters support the operating systems listed in the following tables.

1 ISG will not sell/preload this OS, but compatibility and cert only.

The adapters have the following regulatory approvals:

The adapters have the following operating characteristics:

One year limited warranty. When installed in a Lenovo server, the adapter assumes the server’s base warranty and any warranty upgrades.

For more information, refer to these documents:

The following terms are trademarks of Lenovo in the United States, other countries, or both:
Lenovo®
ServerProven®
ThinkSystem

Intel® is a trademark of Intel Corporation or its subsidiaries.