Intel Ultra Path Interconnect provides a high performance point-to-point connection between processors in a multi-processor server. The third generation Intel Xeon Scalable processors for SR850 V2 and SR860 V2 double the number of UPI connections between the processors from 3X to 6X. 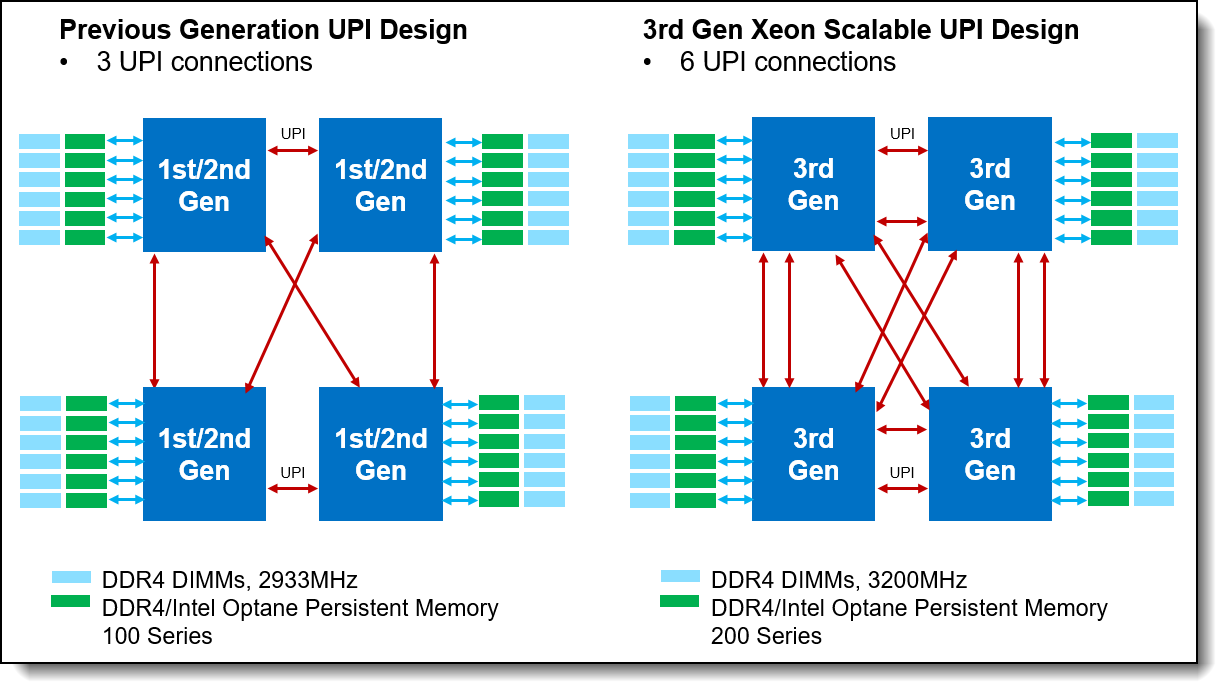 As you can see in the figure, the 6 Intel UPIs provide double the interconnects between each processor and its memory. With the number of Intel UPI links doubled from 3 to 6, the SR850 V2 and SR860 V2 double remote bandwidth support from previous generations. This will greatly improve performance for workloads with high memory bandwidth demand and not highly NUMA(1) optimized

Large amounts of data can be transferred on the Intel UPI links between processors, the links themselves can become a performance bottleneck when the data demand rate exceeds the available Intel UPI link bandwidth. This occurs most often when running workloads that are not highly NUMA(1) optimized and when those workloads have a high demand for data between Local and Remote processors. The SR850 V2 and SR860 V2 doubles the number of Intel UPI links between processors compared to the previous generation of servers which increases the available Intel UPI bandwidth. The increased bandwidth reduces the probability that Intel UPI bottlenecks will occur when running workloads that are not NUMA optimized.

Faster RAM speeds support higher memory bandwidth allowing systems to access data quicker, giving your system a boost in processor performance. Memory bandwidth hungry applications like HPC, traditional and in-memory databases and applications that stream data from storage into memory will benefit the most from the improved memory subsystem performance. 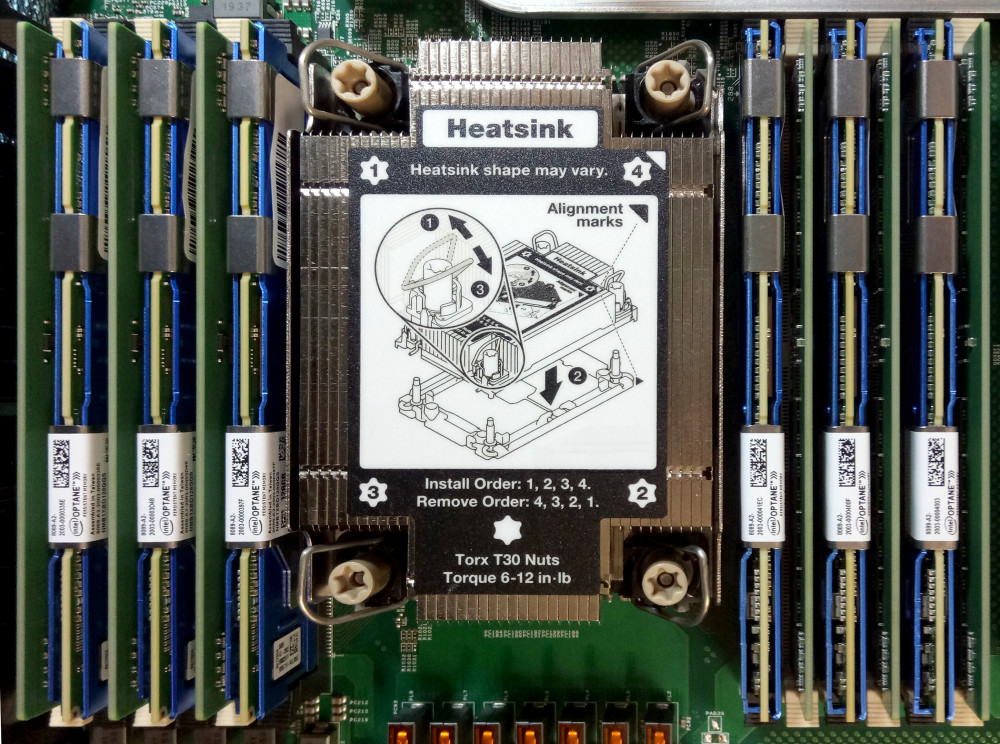 Unlike conventional DDR memory, Intel Optane persistent memory retains its data even if power is unexpectedly lost and much provides faster CPU access to persistent data than reading from a NAND SSD.

The primary targeted application for the PMem 200 Series is SAP HANA. SAP HANA was the first application to take full advantage of this PMem 100 Series capabilities using App Direct mode, allowing the column store of HANA to now reside in persistent memory. On top of the known benefits for faster restart in the case of business continuity requirements, it is possible to store more data of the column store part of SAP HANA in memory when using a combination of DRAM and persistent memory. Additionally, bigger SQL queries can be addressed to the database.

This article is one in a series on the ThinkSystem SR850 V2 and SR860 V2 servers:

The following terms are trademarks of Lenovo in the United States, other countries, or both:
Lenovo®
ThinkSystem

Intel®, Intel Optane™, and Xeon® are trademarks of Intel Corporation or its subsidiaries.