The Lenovo 120 GB, 240 GB, 480 GB, and 800 GB solid-state drives (SSDs) are Enterprise Value SSDs for System x that are engineered for greater performance and endurance in a cost-effective design, and to support a broader set of workloads. These SSDs are available as 2.5-inch form factor drives with both simple-swap (SS) and hot-swap (HS) options, as well as 3.5-inch hot-swap and 1.8-inch drives.

Withdrawn: All the drives listed in this product guide are withdrawn from marketing.

The Lenovo 120 GB, 240 GB, 480 GB, and 800 GB solid-state drives (SSDs) are next-generation Enterprise Value SSDs that are based on the Micron M500DC family of SSDs. The drives are engineered for greater performance and endurance in a cost-effective design, and to support a broader set of workloads. These SSDs are available as 2.5-inch form factor drives with both simple-swap (SS) and hot-swap (HS) options, as well as 3.5-inch hot-swap and 1.8-inch drives. 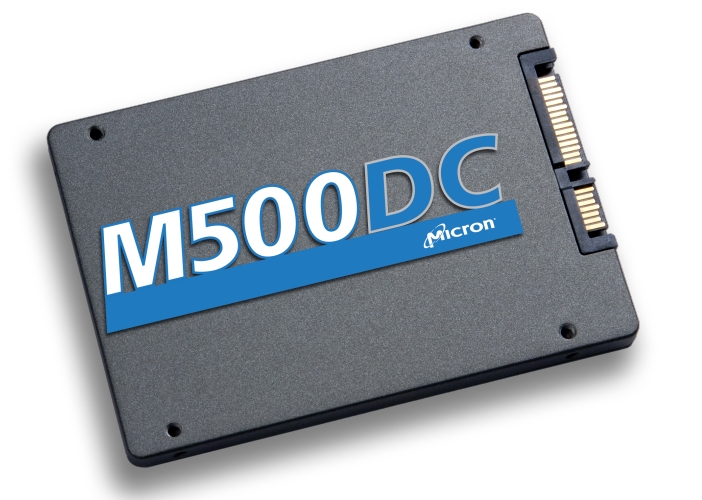 The next-generation Enterprise Value SSDs offer endurance of up to 2.4 DWPD for five years that is a substantial increase for Enterprise Value class SSDs and positions these drives to support larger data center workloads. Overall, these SSDs provide outstanding IOPS/watt and cost/IOPS for enterprise solutions and are an excellent choice for read-intensive and up to 70%/30% mixed read/write-intensive applications, such as web serving, hyperscale cloud, content delivery, caching, databases, and analytics.

Unlike client drives, these solid-state drives for System x are equipped with a robust suite of enterprise features, including Self-monitoring, analysis, and reporting technology (SMART) attributes and hot-plug support. They also use enterprise data path protection to verify data to and from NAND at every possible location and protect the integrity of the data. The NAND flash in these SSDs is screened and then tested specifically for enterprise customer use.

Providing that additional peace of mind, Enterprise Value MLC SSDs are covered under Lenovo warranty. These drives carry a 1-year limited warranty, or when installed in a supported Lenovo server, these drives assume your system's base warranty.

Withdrawn: All the drives listed in this product guide are withdrawn from marketing.

The part numbers include the following items:

Enterprise Value SSDs and Enterprise SSDs have similar read and write IOPS performance, but the key difference between them is their endurance (or lifetime) (that is, how long they can perform write operations because SSDs have a finite number of program/erase (P/E) cycles). Enterprise Value SSDs have a better cost/IOPS ratio but lower endurance compared to Enterprise SSDs. SSD write endurance is typically measured by the number of program/erase (P/E) cycles that the drive incurs over its lifetime, listed as the total bytes of written data (TBW) in the device specification.

The TBW value assigned to a solid-state device is the total bytes of written data (based on the number of P/E cycles) that a drive can be guaranteed to complete (% of remaining P/E cycles = % of remaining TBW). Reaching this limit does not cause the drive to immediately fail. It simply denotes the maximum number of writes that can be guaranteed. A solid-state device will not fail upon reaching the specified TBW. At some point based on manufacturing variance margin, after surpassing the TBW value, the drive will reach the end-of-life point, at which the drive will go into a read-only mode.

Because of such behavior by Enterprise Value solid-state drives, careful planning must be done to use them only in read-intensive or mixed up to 70% read/30% write environments to ensure that the TBW of the drive will not be exceeded before the required life expectancy.

The following table lists the compatibility information for BladeCenter servers.

The SSDs require a supported disk controller. The following table list the controllers that support these solid-state drives installed in a supported server.

See the ServerProven website for the latest information about the adapters supported by each System x server type: http://www.lenovo.com/us/en/serverproven/

See the ServerProven website for the latest information about the specific versions and service packs supported:
http://www.lenovo.com/us/en/serverproven/

The SATA MLC Enterprise Value SSDs carry a 1-year, customer-replaceable unit (CRU) limited warranty. When installed in a supported Lenovo server, these drives assume your system’s base warranty and any Lenovo Services upgrade.

Dimensions and weight (approximate, without a 3.5-inch tray):

The MLC Enterprise Value SSDs are supported in the following environment:

The MLC Enterprise Value SSDs conform to the following regulations: