This product guide provides essential pre-sales information to understand the structure of the S2200 offering, its key features and specifications, components and options, and configuration guidelines.This guide is intended for technical specialists, sales specialists, sales engineers, and IT architects who want to learn more about the Lenovo Storage S2200 and consider its use in data storage solutions.

Watch the walk-through video with Ilya Krutov and Narayan Kumar

The S2200 is a perfect fit for small offices and remote and branch offices of large enterprises that need a primary storage solution that supports general purpose workloads, such as file and print serving, web serving, email and collaboration, and small databases. The S2200 is also well-suited for secure archive storage or a low-cost backup solution.

The S2200 offers the flexible choice of 6/12 Gb SAS, 1/10 Gb iSCSI, and 4/8 Gb Fibre Channel (FC) host connectivity protocols. The Converged Network Controller (CNC) design of the S2200 makes the selection of iSCSI or FC host connectivity as simple as attaching corresponding transceivers or Direct-Attach Copper (DAC) cables to the SFP/SFP+ ports on the RAID controller.

The S2200 supports up to 96 drives with up to three external expansion enclosures. It also offers flexible drive configurations with the choice of 2.5-inch and 3.5-inch drive form factors, 10 K or 15 K rpm SAS and 7.2 K rpm NL SAS hard disk drives (HDDs) and self-encrypting drives (SEDs), and SAS solid-state drives (SSDs). The S2200 can be scaled up to 480 TB of raw storage capacity.

The S2200 can be upgraded to the Lenovo Storage S3200 by replacing the RAID controllers in the controller enclosure during a planned offline maintenance window without the need to migrate or move data and re-configure the attached hosts. The new S3200 RAID controller recognizes the array configuration and preserves the controller's host port parameters (for example, FC WWN).

The S2200 supports battery-free cache protection, which reduces maintenance costs and provides permanent backup of unwritten cache data if there is a power failure.

The following 3.5-inch drives are supported:

The following 2.5-inch drives are supported:

Other drives and expansion units are designed to be dynamically added with virtually no downtime, which helps to quickly and seamlessly respond to ever-growing capacity demands.

The S2200 storage system offers high levels of system and data availability with the following technologies:

The following functions are included with every S2200:

The S2200 storage capabilities can be expanded with optional licensed functions. Each optional S2200 function is licensed on a per-system basis and covers controller enclosure and all attached expansion units.

The following figure shows the front of the S2200 SFF chassis and E1024 drive expansion enclosure.

The following figure shows the front of the S2200 LFF chassis and E1012 drive expansion enclosure.

The following figure shows the rear of the S2200 with FC or iSCSI host interfaces with dual RAID controllers. Single RAID controller configurations also are supported. 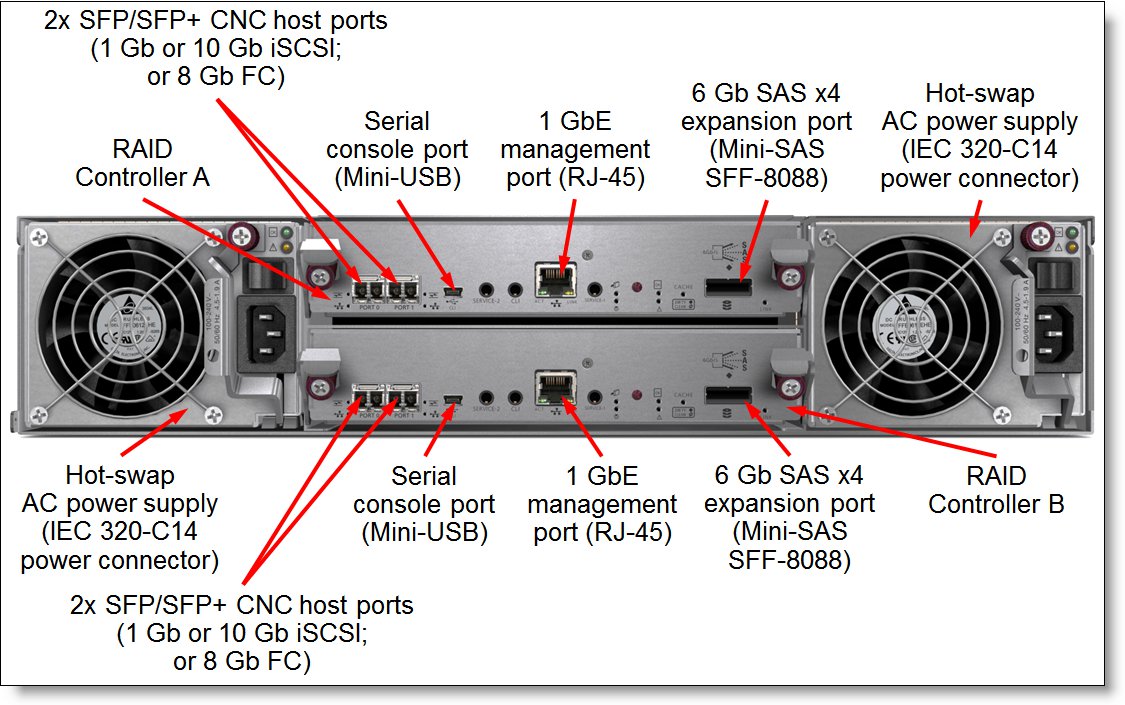 Figure 4. Rear view of the S2200 with FC or iSCSI host interfaces 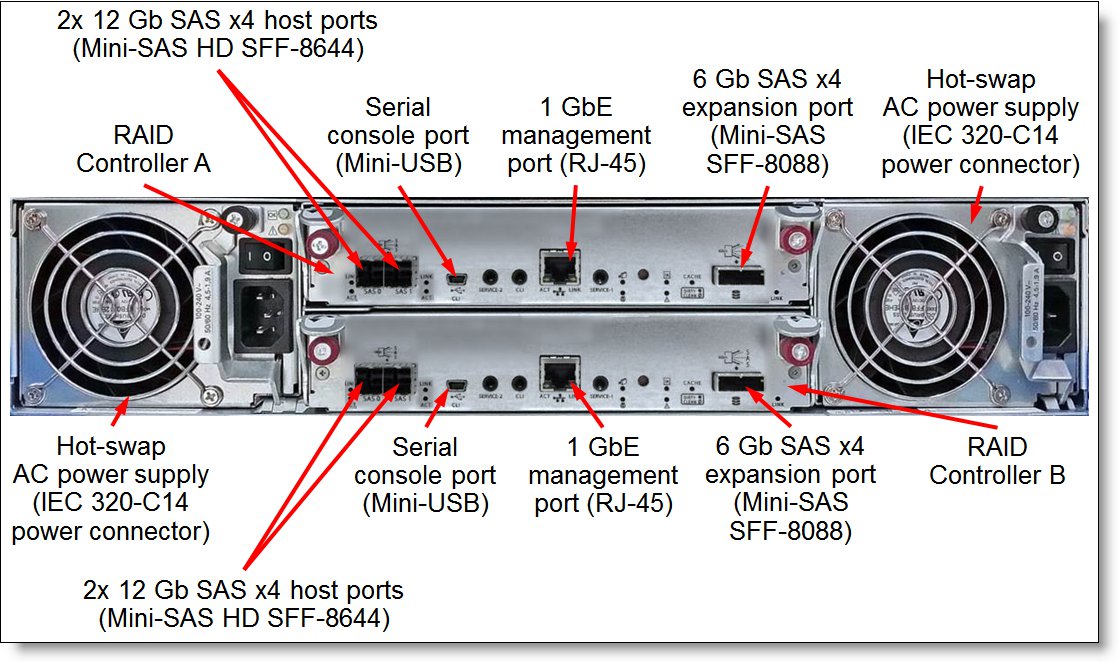 Figure 5. Rear view of the S2200 with SAS host interfaces

The following figure shows the rear of the E1012 and E1024 drive enclosures with dual I/O expansion modules. Single I/O module configurations also are supported with the single-controller S2200.

The following table lists the relationship models of the S2200 chassis.

* Not available for ordering in North America (United States and Canada).

The part numbers for the S2200 relationship models include the following items:

The following table lists the TopSeller models of the S2200 chassis.

Note: S2200 TopSeller models are not available for ordering in North America (United States and Canada)

The S2200 TopSeller model part numbers include the following items:

The following types of RAID controller modules are available:

The CNC supports the following storage connectivity protocols, depending on the SFP/SFP+ transceiver installed or DAC cables attached:

Both SAS controllers and FC and iSCSI controllers have one 6 Gb SAS x4 expansion port (Mini-SAS SFF-8088 connector) for the attachment of the E1012 and E1024 expansion enclosures.

The S2200 can be upgraded to Lenovo Storage S3200 functionality by replacing the S2200 controllers with the S3200 controllers during a planned offline maintenance window without the need to migrate or move data and re-configure the attached hosts. The new S3200 controller recognizes the array configuration and preserves the controller's host port parameters, such as FC World Wide Names (WWNs) or iSCSI Qualified Names (IQNs).

For more information about the S3200 storage, including features, capabilities, and ordering information for the S3200 controllers and other S3200 options, see the following Lenovo Storage S3200 Product Guide:
http://lenovopress.com/tips1299

The S2200 supports attachment of up to three Lenovo Storage E1012 or E1024 expansion enclosures. Intermix of E1012 and E1024 is supported. The enclosures can be added to the system non-disruptively.

The following table lists the models of the E1012 and E1024 expansion enclosure models.

The part number for the E1012 or E1024 includes the following items: 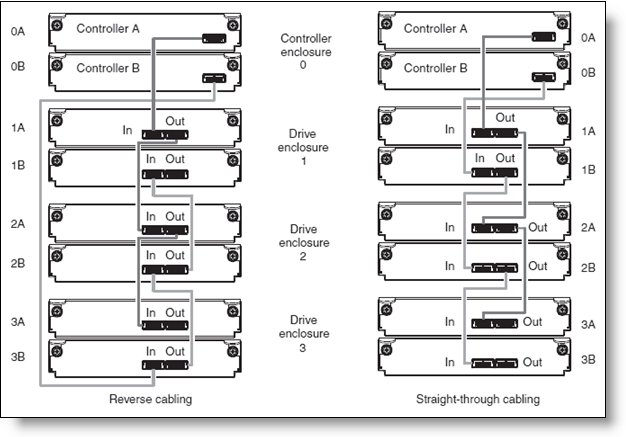 The following table lists the ordering information for the expansion modules and related connectivity options.

* One cable per SAS expansion module

The following table lists drive options for the S2200 LFF chassis and the E1012 expansion enclosure.

The following table lists drive options for the S2200 SFF chassis and the E1024 expansion enclosure.

The S2200 comes standard with the following software features:

The functionality of the S2200 can be expanded with the following optional software features:

The following table lists the Feature on Demand (FoD) upgrades for the S2200 to enable optional software features. Each optional S2200 function is licensed on a per-system basis and covers both controller enclosure and all attached expansion units.

Software maintenance for standard software features is included in the S2200 base warranty and optional warranty extensions, which provides 3-year software support with the option to extend it up to 5 years in 1-year or 2-year increments (see the Warranty section for details).

Note: The S2200 must have active warranty coverage for the duration of an intended software maintenance extension period.

Warranty service definitions for the S2200 system are listed in the following table.

In general, the following types of Lenovo warranty service upgrades for the S2200 are available:

The S2200 conforms to the following regulations:

Note: Tables that are provided in this section are for ordering reference purposes only.

The SAS adapters that are listed in the following table are compatible with the S2200 SAS storage (direct attach).

The S2200 supports FC direct attachments and FC switch based attachments. Brocade and QLogic SAN switches can be used to provide FC connectivity with the S2200 FC storage.

The FC adapters that are listed in the following table are compatible with the S2200 FC storage.

The following table lists the Ethernet and Fibre Channel rack mount switches that are offered by Lenovo that can be used in S2200 storage solutions.

The following table lists the Ethernet and Fibre Channel integrated switches for Flex System that can be used in S2200 storage solutions.

The following table lists the rack cabinets that are offered by Lenovo that can be used in S2200 storage solutions.

For more information, see the list of Product Guides in the Rack cabinets category:
http://lenovopress.com/servers/options/racks

The following table lists the the power distribution units (PDUs) that are offered by Lenovo that can be used in S2200 storage solutions.

The following table list the uninterruptible power supply (UPS) units that are offered by Lenovo that can be used in S2200 storage solutions.

We work with businesses, non-profit organizations, governments, and educational institutions to finance their entire technology solution. We focus on making it easy to do business with us. Our highly experienced team of finance professionals operates in a work culture that emphasizes the importance of providing outstanding customer service. Our systems, processes, and flexible policies support our goal of providing customers with a positive experience.

For your region specific offers, ask your Lenovo sales representative or your technology provider about the use of Lenovo Financial Services. For more information, see the following Lenovo website:
http://www.lenovo.com/us/en/landingpage/lenovo-financial-services

The following terms are trademarks of Lenovo in the United States, other countries, or both:
Lenovo®
AnyFabric®
Flex System
RackSwitch
System x®
ThinkServer®
ThinkSystem
TopSeller

Excel®, Internet Explorer®, Microsoft®, Windows Server®, and Windows® are trademarks of Microsoft Corporation in the United States, other countries, or both.

Changes in the September 14, 2015 update:
* Clarified support for SSDs as read and write data storage